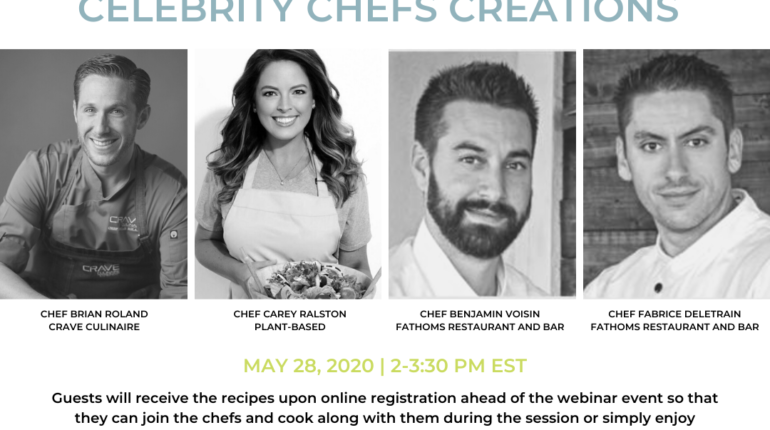 Four culinary masters will be sharing secret recipes, providing live cooking demonstrations, and taking questions from participants during the May 28th Above Board Chamber meeting. Guests will receive the recipes upon online registration ahead of the event so that they can join the chefs and cook along with them during the session or simply enjoy watching the masters prep and cook some of their favorite dishes.

Thank you for our sponsor:
Janet Moore Risk Consultant. BKS-Partners 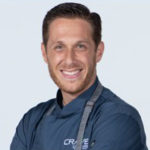 Chef Brian Roland, Crave Culinare. Brian is the creative drive behind Crave Culinaire’s unique approach. He brings an element of surprise, a big warm personality, and an understanding and appreciation for building the perfect dining experience. Brian will be with you throughout the creative process and ensure you and your guests’ palates and senses are challenged. Recently the celebrated Executive Chef of M Waterfront Grille in Naples, Chef Brian Roland owns three innovative businesses: First, he owns Crave Culinaire Catering and Events, which introduces an ultramodern take on catering. Crave Culinaire’s elegant services span from full event planning, all catering events, to chic and artistic private meals prepared for the most prominent palates. Second, Brian has opened Venue Naples with his wife Nicole, a fully customizable, multi-use event space with the mission of creating an environment that transitions into an experience. Lastly, they own Crave Event Staffing that provides elite service industry team members to the community for on and off-premise events, setup, tradeshows, and more. Chef Brian, born and raised in Princeton, NJ, graduated from The Culinary Institute of America in Hyde Park, NY. He is a Certified Chef de Cuisine (CCC) through the American Culinary Federation (ACF) and a member of the Chaine des Rotisseurs. He worked for several well known French chefs, including Daniel Boulud at Restaurant Daniel & Café Boulud, and Patrick Verre at the TPC @ Jasna Polana. He has worked as Executive Chef in top kitchens locally, including Chops City Grill and Cru Lush Wines and Pure Food. As a celebrity, Brian has appeared on many local television segments to cook for viewers on Fox 4 and WINK News. Brian was featured on CNBC’s hit series Restaurant Startup in 2014. His local presence is consistent, Emcee, and Auctioneer where he is committed to community outreach and charity awareness. Brian was recognized as Naples Illustrated Superman, Gulfshore Life’s Man of the Year and his businesses have been awarded “Best of the Gulfshore” consecutively for 7 years. 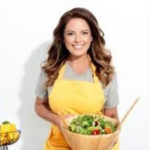 Carey Ralston, Online Vegan Cook Founder of Plant-Powered Hallway and mental health advocate was born and raised in the northern suburbs of Chicago. She has been in brand expansion and marketing for over a decade and has been able to market for some of America’s leading brands such as Anheuser-Busch, Fox Television, Pandora, Hearts on Fire, and Alex and Ani. She decided to leave her corporate career in early 2015 and relocated to Southwest Florida. Carey has become a well-known Plant-Powered chef who advocates and educates the community on plant-based cooking for your mental and physical health. Additionally, Carey is the Director of Outreach and Development for The Hope Clubhouse of SWFL which is a community of support for individuals living with a mental illness. Carey is part of the Kindness Community and was recently dubbed Kindness Ambassador for the Kindleigh organization. She has spent the last few years creating a safe space online called Hallway Stories for people to come together and share personal stories in an effort to combat loneliness. Carey’s work has been featured and highlighted in 44 publications including USA Today, national radio shows and podcasts. 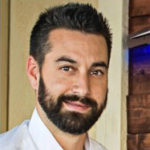 Executive/Partner and Chef Benjamin Voisin is classically French-trained and aims to use the freshest ingredients and transform them into gourmet dishes. He devotes a high expectation of quality and gourmet excellence into every dish he creates. His favorite ingredients are creamy rice pudding, freshly caught Wahoo, and locally grown mangos. Originally from Le Mans, France, Chef Voisin received a degree in hospitality from a university in Talence, France. His culinary career began in Spain, where he worked as the chef de partie at the Hyatt Regency La Manga Club. During this time, he participated in a year-long training program at the Park Hyatt Beaver Creek Resort and Spa in Colorado, and upon his return to the Hyatt Regency La Manga Club, he was eventually promoted to Executive Sous Chef overseeing all 20 of the resort’s restaurants. Chef Voisin moved to the Caribbean in November 2011 to become the Executive Chef at Montpelier Plantation & Beach. According to Chef Voisin, the opportunity to be a Relais & Châteaux chef was a dream come true and in his eyes an honor to be amongst a collection of such grand chefs. Chef Voisin notes his signature dish is sea scallops. “The scallops in my signature dish are pan-seared served with coconut & pumpkin cream, Granny Smith apple & vanilla chutney and paired with a crispy Iberian ham,” said Chef Voisin. “It’s the perfect pairing of the sea and the land.” 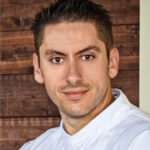 Executive Chef Fabrice Deletrain of Fathoms, Gather, The French Press, and Black Salt Culinary had a head start when it came to considering his career. Born and raised in Paris “The City of Light”, he represents the third generation of chefs in his Parisian family. His first culinary job was as an apprentice at L’heure Gourmande, a small restaurant one block from his childhood apartment. In 1997, he expanded his culinary skills while employed at Les Bookinistes, a renowned Guy Savoy Restaurant. In 1999 he worked at Le Bistro de L’Etoile, another well-known Guy Savoy Restaurant located near the world-famous Champs-Elysées. After his extensive training, Chef Fabrice took a lifetime opportunity in 2001 and moved to the United States, opening as a sous-chef at La Brasserie in Fort Myers Florida. In 2007 he started as sous-chef at The Joint in Cape Coral and was soon promoted to Chef de Cuisine one year later. In July 2014, The Joint was sold and subsequently re-opened as Fathoms Restaurant & Bar, where Chef Fabrice partnered up in the kitchen with French Chef Benjamin Voisin. They continued their culinary partnership in 2015 when the pair established Black Salt Culinary an upscale catering company that focuses on a combination of fine dining and culinary art that satisfies each individual client’s wishes. Chef Fabrice is also part of the 4th entrepreneurship from the partners who brought Fathoms Restaurant & Bar and The French Press to Cape Harbour Marina in Cape Coral. Gather, located at Tarpon Point Marina, opened in 2017 and is the new waterfront dining concept, a modern and chic restaurant that offers a stylish Mediterranean-based menu and craft cocktail bar.

The cost of this Zoom program will be just $15 for members and non-members. We are doing our meetings on Zoom for the next few months. Our focus will be on subjects that will help you during these trying times. Once we know it is safe for us all to meet in public, we will go back to our regular meeting places. If you need help in any area, please let us know so that we can get you the proper information that will help you. You can email the chamber at Jeanne@aboveboardchamber.com, or you may call me at 239-910-7426. Special thank you to CONRIC PR and Marketing for helping us set up this up coming ZOOM program. Price is just $10 for members and non-members.

We may all need to be apart from each other at this time, but helping each other will be the focus of our chamber. Apart we can learn to be better, so when we are back together, we will be stronger! All those who register and paid their $10 for our program will be sent a copy or this webinar after the program is complete.

Jeanne Sweeney, CEO/Founder
Above Board Chamber of Florida
239-910-7426
www.aboveboardchamber.com 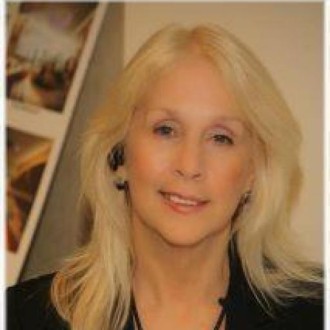 Register For Our Next Event